Or… Maybe two. But for the time being, I’ll try to keep it on only one of them. The one I will write about is basically when you are looking for a good story. A summary of a story catches your attention and so you start reading. It even has all your favourite characters from the fandom.

And so you read, one chapter after another and then BAM! Suddenly, there are pairings in the story. And the pairings are completely what you don’t like. For example, in my case, I’m not a big fan of heterosexual pairings. I prefer yaoi or slash. But admittedly, there are a handfull exceptions to the rule, but that is beside the point. The point is, that I think, that pairings, if the story contains them, should always be written in the summary. Or at least if it’s slash, fem-slash or hetero.

I’ll give you an exmple of what I think it should not be like.

I recently read this great story. It had amazing idea, combining Bleach and Naruto in what I think is at least relatively original way. But! There was nothing about the pairings in the summary or any of the author’s notes in the chapters. So I was collosally dissapointed when Ichigo is paired with Orihime and Naruto with Hinata.

Nothing against those girls, but I just can’t get over certain pairings.

One of them being anything involving Orihime because I simply don’t like her. So I gues my previous statement that I have nothing against them, is null and void.

Another character that I can’t stand with one single exception, is Ginny Weasley. The only exception is in Batsutousai’s stories Abandon and Reclaim where she’s at least not paired up with Harry. I’m all for Ginny bashing, but like I said, in this one case, I have nothing against her.

And the last character that I enjoy reading when they bash her, is Tea (Anzu) from Yu-Gi-Oh! I just can’t help it. She seems like such a bitch! And again, you can have amazing stories, but the moment Yugi is paired with her, I stop reading regardless of how amazing the story is…

And that’s why I think these things should be mentioned in the summaries. Simply because then some of us won’t be waisting our times with stories that turn out to be not to our liking.

The worst, though, is when you manage to read almost the whole story only for it to have a pairing you detest in the last five chapters… In situations like this I feel like strangling the author. Because the stories I usually read, are above 100k words and it makes me feel like I just waisted SO MUCH TIME!

So a shout out to all the authors of fanfiction: Please, put the pairings in the summaries! Or at least leave a note wether it is slash, fem-slash or hetero! Or if it doesn’t have pairings at all, write that in the summary too!

Okay, I’m sorry, if I just offended someone, but it really drives me crazy when I’m reading a great story only for it to be ruined by a pairing I hate!

Now, I decided to mentione the other thing regarding fanfictoin that I hate. It is genderbending. Mainly from male to female! Gah! All the promising stories I had to stop reading simply because I can’t get over genderbending!

Just yesterday! I’ve read a story. It was from the Assassin’s Creed fandom. It focused on Ezio and how the others called him a she. At first, I thought it was simply because the author decided to make him more feminine, because I think that he could pull it off. But no! He was completely made into she. And there was nothing about it in the summary. And becuase I don’t always read the author’s notes, I overlooked the warnings where it was written. And only near the end, I managed to put two nad two together…

What is it with people and genderbending!

I mean, I managed to accept MPREG stories and it no longer so much as faze me, but I don’t think I will ever be able to get over genderbend. Simply because I prefer the characters in their male bodies. Because then there’s more slash going around.

I mean, if you want to put Harry together with I don’t know who.. Let’s go with Lucius for this example. It means you want them together regardless of the gender of either of them! So WHY THE HELL DO YOU HAVE TO CHANGE THE GENDER?!

IT DOESN’T MAKE ANY SENSE!!!

So if anyone is reading this, explain to me what is so great about genderbending! Thanks.

this time, I just want to rant a bit! I mean, there’s like… a ton! of stories being deleted from fanfiction.net! Why?! Most of them are slash! Is it because it’s too explicit?! I don’t think so! And even if they are, there are fair warnings!

And, then there is like, another type of a story being taken down. It’s stories in which Harry Potter characters read the books. I mean, yes, there’s copyrighted material used in those stories, but come on! How many people out there are still buying the books anyway? The people reading it know the books already! It’s not like J.K. needs any more money than she already has!

So, a message for FF.net: Stop being a bitch and leave the stories alone! 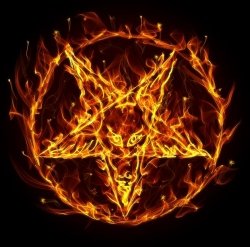 Thanks. I know very much that this post is meaningless, but still! I needed to rant and vent! Those stories were good! Mainly, the story, because of which I’m writing this, the Unlikely Group “series”. It had four parts already, four finished parts! I was waiting for the author to post the next one, but hey, I wanted to read it again, I mean, there’s Voldemort/Harry pairing, my favourite, and what do I find? The story isn’t there…

So, if anyone knows of a place this story is posted on, let me know! Or if there is a place I can download it from! I wouldn’t mind archiving it.

That would be when fanfiction.net removes a story I have in my bookmarks and I haven’t finished yet. I hate that! Just today, I wanted to read a story I started some time ago and found out it has been deleted… That just stinks! I hate it! I mean, fanfiction is a bottomles well of stories, but still, they shouldn’t be deleting them! Even if ti has explicit mature content… I mean, there are warnings that can be applied! Geez…

The story I’m currently talking about, is called Formans Familia and is a Harry Potter fanfiction. If you know of this story being posted somwhere else, I’d like the link to it. :) Thanks. Because, I would like to finish reading it. And right now, I can’t!